No one has seen it before and it is difficult to believe that oil prices traded in a negative territory on Monday (20th April 2020). For the first time in history, WTI oil prices (May contract)have plunged more than 190% and turned in to negative territory as the demand destruction caused by the Coronavirus pandemic has left the world with too much of oil and the storage capacities are full across the globe. 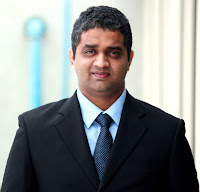 Physical demand for US crude has dried up creating a global supply glut as billions of people stay home to slow the spread of Coronavirus. However, the WTI JUNE future contract was trading much higher at 22.25 per barrel on Monday in the US trading session. The spread between the May and June contracts was more than 19 dollars, the widest in the history of two near month contracts.
The International Energy Agency expects a 29mbpd dive in April oil demand to the levels not seen in the past 25 years. A record 160 million barrels is sitting in tankers around the world. Such drastic price fall has already led to drilling halts and drastic spending cuts by shale drillers.
Moreover, Russia has also told its domestic oil producers to reduce oil output by 20 percent from February levels, which would bring them in line with its commitment under global deal.
Crude oil in Negative territory
What does it mean?
Investors sold the May futures contract that was due to be expired on Tuesday (20th April 2020) in a series of waves creating panic.At one point the contract hit negative $40 in the US trading session on Monday. When the trading stopped, crude oil had ended the day at a negative $37.63 a barrel, a decline of some 305%, or $55.90 a barrel.
Why it happened?
The coronavirus pandemic has cut the fuel demand across the globe by 30% beginning early March. However, OPEC continued its supply of oil for, resulting in excessive inventories.That unwanted oil is instead going into storage, but in the United States, storage is filling much more quickly than anticipated.
What happened in Cushing, Oklahoma, the delivery center for oil
The main U.S. storage hub, was 70% full as of last week, and traders say it will be full within two weeks.That realization sparked Monday’s sell-off in U.S. futures markets because of the technicalities of the West Texas Intermediate futures contract, which expired on Tuesday.When oil contracts expire, the holder has to take possession of 1,000 barrels of oil for every contract they own, delivered to Cushing.
However, with Cushing filling up, that leaves traders with the unappetizing option of taking oil they do not want, or getting out of those positions. The mad rush for the door means there were few buyers, and the contract dropped from a normal price of $18 on Friday into unprecedented negative territory.
Once that level was breached, sellers piled in, sending the contract at one point below negative $40 a barrel before a slight rebound ended what will go down as the worst day since the West Texas Intermediate contract was introduced in 1983.
What is the solution?
Unless production is cut more swiftly, next month could see a repeat of Monday’s frenzied activity with the June contract, which settled at $20.43, or $58 more than the impaired May contract.
What next?
The safest option for the world now is to stay in lockdown which is what most of the countries and their governments are following, in order to fight and stop the pandemic. It clearly means that the industrial activity and the related pass through and interconnected products are in a stand-still and the global human activity has slowed down relatively fast.
The manufacturing activity across the globe has stopped drastically in turn slowing down the global GDP growth. In the words of the “International Monetary Fund” “As countries implement necessary quarantines and social distancing practices to contain the pandemic, the world has been put in a Great Lockdown. The magnitude and speed of collapse in activity that has followed is unlike anything experienced in our lifetimes.”
The April World Economic Outlook from the IMF projects global growth in 2020 to fall to -3 percent. The world economy will experience the worst recession since Great Depression. The IMF also says that the cumulative output loss over 2020 and 2021 from the pandemic crisis could be around 9 trillion dollars.
If the number of cases increases, countries and the governments have to increase the period of lockdown which does not hold good for oil prices. For the time being, it’s a clear panic in oil markets and any demand revival will be dependent on the opening up of economy, which does not look likely soon. It will take longer time than USUAL for oil prices to catch up as the global economy heads in to a recession.
Still, the world lives on hope and there will be light soon at the end of the tunnel. Till that time, long live oil prices and happy reading.
BY: Mr. Prathamesh Mallya, Chief Analyst, Non Agri Commodities and Currencies, Angel Broking Ltd