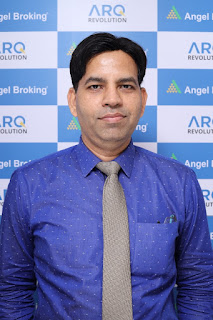 Indian stock markets closed on a positive note today as Nifty rose 52.45 points or 0.57% to close at 9251.50, and Sensex rose 199.32 points or 0.63% to close at 31642.70. A large part of the intra-day rally was supported by Reliance Industries which rose nearly 5 per cent to hit an intraday high of Rs 1,579.70 after the company announced an investment of Rs 11,367 crore by Vista Equity Partners in Reliance Jio.
A strong rally was seen in the intraday session in the market because of pharma, FMCG, energy, IT, and Infra space. On the other hand, selling pressure was seen in sectors like auto, bank, and metal sectors. The market expert predicts a strong resistance at 9450 and on the downward side good support at 9130-9100 level for Nifty.
The top gainers in the intraday session included HUL at 4.89 percent, Nestle at 3.85 percent, Tech Mahindra at 3.84 percent, Dr. Reddy Labs at 3.81 percent and Sun Pharma at 3.72 percent. On the other hand, Axis Bank at -3.85 percent, NTPC at -3.81 percent, M&M at -3.48 percent, Indusland Bank at -3.08 percent, and SBI at -2.40 percent, were the losers from today's session.
Towards the end of the trading session today, Cyient shares hit the lower circuit at 10 percent after the company announced the weak revenue growth.
Stock on BSE Hit the Upper Circuit
As many as 263 shares on BSE hit the upper circuit today, in the intraday session.  Future Retail, Vakrangee, Infibeam, Ruchi Soya, Future Lifestyle, and Edelweiss Financial were the stocks to hit the upper circuit in the intraday session. Stocks like DR Reddy's Labs, Venus Remedies, and Uttam Value Steel made new marks of 52 weeks high on BSE. Vodafone Idea, Laurus Labs, RBL Bank, State Bank of India, YES Bank, IndusInd Bank, ICICI Bank, and Reliance Industries, among others, included in the category of most active stocks in terms of volume in today's trading session.
1.31% gain in Crude Oil Future
Crude oil market Rs 1,858 per barrel on May 8 as the participants extended their long position.  The price of crude oil jumped after Saudi Arabia raised the price of the crude oil for June delivery. The decline in the dollar index is boosting the positive trade in crude oil for the day.
0.79% gain in the Silver futures in the afternoon trade
As the participants extended their long position, silver prices touched Rs 43,457 per kg on May 8.  An intraday high of Rs 43,549 and a low of Rs 43,101 per kg on the MCX was recorded for July delivery of silver futures. Positive momentum is maintained in silver futures, which makes it a desirable investment for investors.