Posted by Alka Swami on June 03, 2020
Beti Bachao, shot in Agra in Uttar Pradesh, has been made under the banner of Anisha Films International and RR Dixit Entertainment, a feature film made on the Beti Padhao mission, in which lead actors Omkardas Manikpuri (Peepali live fame), Jiya Chhabra, Rupali Pawar, Anshu Varshney, Gaurishankar Singh, and Jubilee Raizyad in the lead roles. 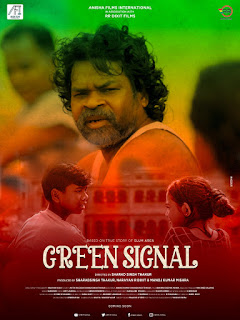 Banshee - The main character of the film, Banshi is a person who goes out of the house every day in a jugaad of bread and bread for his family, but reaches home in the evening after finishing his day's earnings by drinking alcohol. Always drunk on alcohol, the father of two innocent children, Kamali's husband who never gave any happiness to his family and even gave abuses only.

Aarti - The beautiful, but always depressed money of Anand's wife, who has nothing but everything. The one who is hopeful, will sometimes echo in her courtyard, sometimes she will have a mother to speak, But when will you be sad and upset thinking this.

Anand - the one with money, kind heart, straightforward person. Aarti's husband who is always busy with his work, but seeing the sad face of his wife, somewhere, he starts torturing her, the pain of being childless. He wants to give all the happiness of his life by filling the emptiness of his wife Aarti's life, but what to do.

Kajal - An AC girl who despite getting all the happiness in her life, kept repeating the same question as to who she is, whose child she is, who gave birth to someone, why did anyone throw it, she is the girl who was brought up by someone else, someone gave education And. The girl found on the garbage heap was thrown away by someone for fear of society. Banshee and Kamali became parents named The society is known as the daughter of Anand and Aarti.
Kamali - Kamli is an AC woman who is constantly suffering from poverty, an AC Dukhiyari who is the wife of the film's lead artist Banshi. There is nothing but sorrows in this woman's begging by begging every day. If by chance, her children get bread today, then they start worrying about tomorrow. The illiterate Kamali has no means other than earning money for selling bread by selling flowers, because her husband Banshi finishes drinking whatever he earns.