Showing posts from November, 2020
Show All

ANNIVERSARY OF THE CONSTITUTION DAY OF INDIA 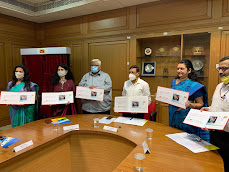 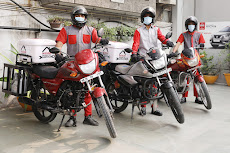 30 new service and 20 new sales outlets across the country Immersive and interactive product experience through the virtual showroom, configurator, and first-in-industry virtual test drive experience End-to-end e-commerce from booking to delivery including finance application The convenience of doorstep service including pick-up and drop New Delhi, November 27, 2020  – In the run-up to the launch of the all-new Nissan Magnite next month, Nissan India has further strengthened customer-centric services with highly-trained channel partners, an end-to-end digital ecosystem, and a virtual showroom with vehicle configurator:   The vehicle configurator  provides a seamless exterior and interior experience of all grades, powertrain, and feature combinations including “tech pack” End-to-end E-commerce  from booking to delivery including finance process First-in-industry virtual test-drive feature  that allows the customer to take a test drive from home on their personal device. This is a uniq
4 comments
Read more

The contract for 237.1km civil construction for Mumbai–Ahmedabad High Speed Rail Project has been signed 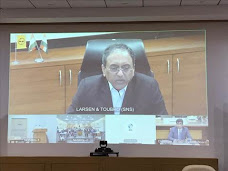 ~ contract signing ceremony for Mumbai–Ahmedabad High Speed Rail Corridor~ Mumbai, November 27, 2020:  National High Speed Railway Corporation Ltd (NHSRCL) and Larsen & Toubro (L&T) Ltd have concluded the contract for Package C-4 of Mumbai-Ahmedabad High Speed Rail (MAHSR) Corridor. A contract signing ceremony was organized by NHSRCL on November 26, 2020, which was attended by Mr. Satoshi Suzuki, H.E. Ambassador of Japan and Mr. V.K Yadav, Chairman & CEO, Railway Board. This is the major contract concluded under the MAHSR project.  The C-4 Package  covers  about 47% of total alignment of the MAHSR project (508 km), from Maharashtra- Gujarat Border to Vadodara in the state of Gujarat and scope of work includes construction of viaducts (237 Km) , stations (4 stations namely Vapi, Billimora, Surat and Bharuch),maintenance depots, Tunnel between Vapi and Vadodara as well as Surat Depot. The expected construction period will be 1460 days (approximately 4 years). Speaking on th
Post a Comment
Read more 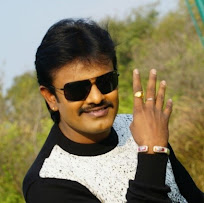 After delivering the chartbuster heartbreak track Kona Re Bharose, Rakesh Barot has come out with his latest Gujarati single ‘Mahelo Ni Rani’, which features popular model and actress Sweta Sen, along with Rakesh himself.   The video has an interesting storyline, where Rakesh is seen as a film superstar, who falls in love at first sight with a background dancer on the set of his film. Shot on a big scale, the video captures the journey of love between two unlikely people, as they find each other. Penned by Harjit Panesar and directed by Aannu Patel, this romantic number is sure to enthrall the hearts of many! Commenting on the same, Rakesh said , “ Mahelo Ni Rani is an out and out romantic number, with beautiful and simple lyrics and a very catchy melody. The video is also shot on a big scale, giving it a grand look and feel. My fans have always loved my romantic numbers, and after the heartbreak song of Kona Re Bharose, this song is about admiring a woman’s beauty and finding love.
Post a Comment
Read more 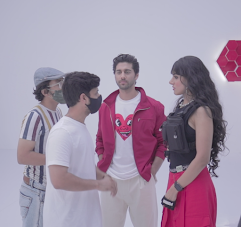 Choreographed by Atul Jindal, the song is a funky take on young love   Music sensation Yo Yo Honey Singh has released a new music single titled First Kiss. The song, which marks the singing debut of Ipsitaa, has a funky ‘90s feel to it. The young talent has also shared screen space with Singh in the song video.   First Kiss, a peppy and upbeat track, conveys the first feeling of rush in one's veins when one falls in love. The video, which was shot in Delhi post the lockdown, has an international sound and new-age vibe. It is a massive and sleek song in terms of production value. The song is choreographed by Atul (Big Dance) - director & choreographer of dance company Big Dance Centre. Atul and YoYo have had a long journey of dance hits right from Blue Eyes, Love Dose, 4 Bottle Vodka to Loca Loca , which topped the chart and became top party anthems for people . With their new song “First Kiss” they are taking the choreography as well as the production to an even bigger scale.
Post a Comment
Read more

By Alka Swami - November 26, 2020
NEW DELHI, 25 November 2020: Justice Pratibha M Singh, Judge, Delhi High Court  today said that the convergence of free to air broadcasting; pay television; DTR to OTT, shows that there is a need for the creation of an independent adjudicatory mechanism, which is not consisting of functionaries or broadcasters, in order to reign credibility, transparency and fairness. The same, she said, could be under the aegis of an independent service provider.  Addressing the  Fast Track Digital series,  as a part of the  FICCI Knowledge Series,  on the role of the digital economy to revitalize economic growth organized by  FICCI,   Justice Singh  said, “If media and content creators have to remain free and fair they ought to involve free and fair adjudicatory mechanisms, which are not coercive in nature.”     Elaborating further,  Justice Singh  said that apart from the creation of independent regulatory mechanisms, there needs to be a method where broadcasters are a part of the adjudicatory mec
Post a Comment
Read more 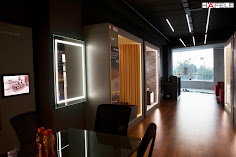 Häfele’s global brand, Loox, has become the pioneering brand in furniture lighting across the world, today. In India, the brand enjoys a special position among Architects, Designers and Interior Contractors who are now increasingly using light and light concepts while designing home and interior furniture. The Loox brand is backed by years of technological know-how and expertise; and it offers the widest range of lighting solutions in the Indian Market today. Last year, Häfele launched its 5 th   generation of lighting solutions at the ACETECH Exhibition in Mumbai, offering customers a new level of light integration in furniture that was never seen before. The company has recently opened its very first Loox Experience centre in the city of Ahmedabad on 31st October 2020. Located at Loox Experience Centre, 103, Shilp The Address, Shilaj Circle, Thaltej, Ahmedabad or Contact Mobile no. +91 99099 14753/ +91 98250 24753. This state-of-the-art facility has further strengthened the company
1 comment
Read more