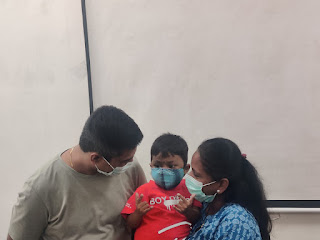 Vikroli based couple Yogesh and Supriya, working in IT company overjoyed due to the birth of their son Nibhish. The baby was born with PFIC-2, which is Progressive Familial Intrahepatic Cholestasis, and had jaundice immediately after the birth.  Intractable itching and jaundice were very disabling for the parents. Nibhish was 2 years old when his parents were told that he would require liver transplantation.

Dr Ira Shah, Prof Head Dept.of Hepatology said, “PFIC-2 is an extremely rare condition that affects one in 50,000-1,00,000 new borns worldwide. The paediatric liver transplant requirement is 1 to 2 per million populations (worldwide). The Indian data is very scarce. In PFIC, there are major defects in the handling of bile acids by the liver, leading to severe jaundice in infancy/early childhood and imminent liver failure in a few years. The only treatment is liver transplant surgery. In the last 1 year, he has been admitted to the hospital 4 times in a very critical condition, every time requiring ICU care. This time was utilized to build up his nutrition to make him fit enough to sustain such a major surgery. His mother wanted to donate a part of her liver but she was diagnosed with uncontrolled Diabetes and was started on treatment and a strict dietary regime.”

Dr Pradnya Bendre , Prof & Head  of Pediatric surgery added, “At that time, we asked the father to consider a donation. It was really difficult for the family to take this decision as father was key person to run around. But, they were determined. Once his father was ready, we got his tests done and found him to be overweight. A strict diet plan with lots of exercises and he was ready for surgery in 2 months. On the 16th of October, 2022 that Nibhish underwent a Living donor Liver transplant.  The surgery took 7 hours for the donor and 8 hours for the recipient. Anaesthesia head Dr Sawant added that We transfused 2 bags of blood and 1 plasma only! Liver functions improved drastically in the next 2-3 days. Intensive care team Dr Fazal Nabi, Dr Laxmi Dr Rekha further told that his recovery was not easy due to which lung condition? He was on the ventilator and required rigorous chest physiotherapy 4-5 times daily, and NG feeds before eating orally. His total ICU stay was 28 days and patient is planned very soon. Nurses under guidance of Matron Nidhi made him hospital felt home .He received 5-6 broad-spectrum antibiotics, 2 antifungals, 1 antiviral, and 3 immunosuppressants. Today, he is off oxygen, stable, eating by himself, gets up, tries to stand (Healing fracture in the right femur), and is able to talk with his parents.” 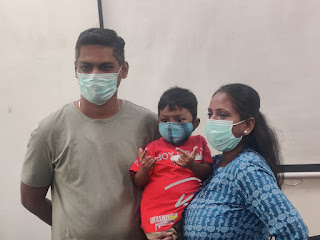 “Liver Transplantation is the best option for a patient who is diagnosed with end-stage liver disease. Not only adults but even a large number of children are waiting for a liver transplant. The patient was examined and found fit for a liver transplant. Expert post-operative care along with well-equipped infrastructure ensured faster and safer recovery and positive outcomes. Organ donation can save lives. Pledge to donate them, and help the needy patients,” said Dr Darius Mirza Head Of Birmingham Children Hospital UK.

It was a proud moment for us to successfully perform the transplantation and give a new lease of life to this patient at our newly launched liver and kidney transplant facility. Our aim is to provide excellence in paediatric patient care. Indeed, at Wadia hospital, we cater to 3-5 prospective liver transplant patients every month. But most of these are nuclear families with limited family support, young parents who have just started earning, and don’t have adequate health insurance coverage. Along with that, there is the need for repeated hospital admissions and life-long medication after transplantation which acts as major deterrents when a family has to make this decision for the child to have a transplant. Wadia hospital, with its sheer dedication and grit, has showcased a way of improving access to a life-saving procedure for the indigent by the provision of financial support for the families from local authorities, charity organizations, and even crowd-funding.” said Dr. Minnie Bodhanwala, CEO of Wadia Hospitals.

“Our baby suffered right from his birth. It was a shocking revelation for us when the doctor said that he would require a liver transplant. We were completely unaware of the procedure. Fortunately, we were in the right hands. A skilled team of doctors with a multidisciplinary approach saved the life of my baby by performing a successful liver transplant surgery. Now, he will be able to improve his quality of life and live it the way he wants to. I thank the doctors for their limitless efforts,” concluded the patient’s father Yogesh's Vaze. 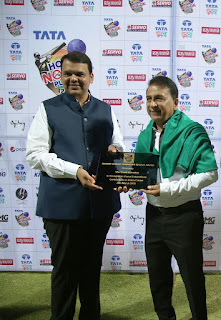