Posted by Alka Swami on August 29, 2015
Mumbai, 27th August 2015:- Inventor of human embryonic stem cell therapy, Dr Geeta Shroff, has been presented the prestigious ‘Woman leader in Science’ award at the 6th Annual Women leader India 2015’ held in Mumbai today. The event was organized to recognize and salute the remarkable influence women leaders have made to the Indian society. Prominent personalities present at the award ceremony included politician/producer Smita Thackeray, actor Jackie Shroff and actor Parikshit Sahni amongst others.

Dr Geeta Shroff is the founder and medical director of Nutech Mediworld, the first facility in the world to offer human embryonic stem cell therapy. She received the award for her pioneering work in the treatment of incurable/terminal diseases using human embryonic stem cells.  Her groundbreaking work over the past 15 years has helped place India on the map of medical innovation. 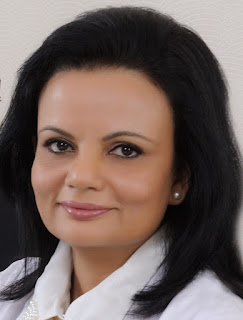 “For years, finding effective treatment for those medical conditions labeled as ‘incurable’ or ‘terminal’ was considered a distant dream. But now, with significant development in the field of stem cells this dream has become a reality,” said Dr Geeta Shroff.

Human embryonic stem cells are the new frontiers in the field of medical science. They have the advantage of being able to develop into almost every type of cell found in the body and thus offer more promise in treating diseases than other forms of stem cells derived from fetuses, umbilical-cord blood and bone marrow.

Dr Shroff has treated more than 1300 patients from over 50 countries since the last 13 years. This technology is being used for treatment of many incurable diseases ranging from Spinal cord injury, Diabetes, ALS, Cerebral palsy, Stroke, Parkinson’s disease and others.

This path breaking technology is advancing the ‘Make in India’ campaign for the biotechnology sector. Dr Shroff has over 20 research papers published in reputed international medical and scientific journals. Her technique has multiple patents in 66 countries, including the US, Korea, Singapore, Japan, Australia and New Zealand