Director Jyoti Singh Speaks About Her Film Yadvi, a biopic on Princess Yadhuvansh Kumari of Patiala

By Alka Swami August 05, 2017
Coming from the royal family herself, Jyoti Singh believes that struggles were a part of the lives of royalties as much as commoners. In her debut film as a director, she chooses to showcase the life of her grandmother and the struggles that she went through as she lost much of what she had. Excerpts from an interview

1.       We understand Yadvi is based on the life of your grandmother. Could you elucidate why you believe her story deserves a film?


A lot of people want to tell a lot of stories, which need to be told. But the reason I believe this story is important is because first of all, she was the daughter of one of the wealthiest royals in India at that time.  A king who led a colorful, lavish lifestyle and Yadvi, as Yadhuvansh Kumari was called, was one of the numerous children sired by him and her mother was the king’s third wife, and his favourite wife, Maharani Bimal Kaur.  It chronicles Yadvi’s journey from facing a shocking obstacle right upon marriage and demonstrates the strength she held onto throughout the course of falling in love (after marriage) and navigating through the difficulty of accommodating the other wives of her husband as well as raising three refined daughters almost single-handedly.  This is also during the time when monarchy was ending in India.  Set during an era when women hardly had any rights, the film leaves the audience with inspiration and courage to overcome any adversity, even today.  The film does not show what you knew of heard about the royalty. 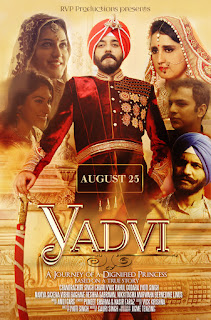 It is a very interesting question.  I am yet to believe I justified her role.  At the time of shooting I was working as director, being production manager, getting actors, scheduling scenes, that I felt like I had no time to prep. At that time, I felt I could have done so much better.  But by now I have watched the film over I would say 50 times and believe me, I have cried myself in some scenes, about 50 percent of the time.  Sometimes while watching I feel, I wonder what she went through. How when I saw her as a child, I hardly knew about her challenges.
She was unlike anyone else I have ever met or have met till today.  She had charisma. Her dressing style, cleanliness, and emphasis on manners which she also inculcated in us were a pure reflection of a bygone royal era, which included the likes of Nehru and Mountbatten.

Watching her as child I knew she had integrity, too me it was seeing her as self-complete, whole in herself, and manifesting strong moral principles.

I believe if I was only acting, I would have done a lot better.

3.       Does your film intend to make a statement on women empowerment?
‘Yadvi’ highlights a universal issue: women’s empowerment.  It’s an inspiring film about not losing hope when things don’t work out. It touches on issues of the past such as child marriage, dowry, women’s rights, a woman’s acceptance in society and financial dependence on a man… 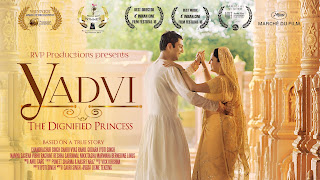 4.       Chandrachur Singh, the male protagonist is playing Maharaja Bhupinder Singh, who captained the Indian cricket team. Are there any facets of his public life that you are showcasing in the film?
Maharaja Bhupinder Singh of Patiala is remembered for his cricket and polo teams – Patiala XI and Patiala Tigers – both among the best of India. We actually have a quick 3 min section of documentary style discussing some of the important facts of his life, because we wanted to show where Yadvi came from.  Why is Yadvi (Yadhuvansh Kumari) so important?

5.       You are an actor first and Yadvi is your first film as a director. How enriching has this journey been? Are there are particular lessons that you learnt as a filmmaker?
It was unique journey. Firstly, I had actually never worked in India. I am Indian, but lived more of my life in US.  So of course I don’t understand the system. There is a hierarchy system present, which I learned pretty fast. So knowing I have little control as a woman and knowing how people were ripping me off, I faced obstacles every day. Secondly, it is not easy for traditional Indian men to handle orders from a woman, often younger than themselves. Thirdly, it was a challenge to work with different teams who were simultaneously shooting other TV shows on the same sets…to arrange the schedule.  We had to work around their schedule, that was a pain.  Getting actors, arranging their travel, managing everything, accounting/money, directing and acting…boy, my plate was more than full!

I am glad I had my cinematographer, Jigme Tenzing, and my sister, Gauri Singh, Vibhu Raghav who helped me immensely in this journey.  I learned if you stay humble, don’t break under pressure.

6.       You chose to shoot the film in English. Any particular reason?
The movie is in English because I made it more for the international audiences.  I do believe it is anyone’s story.  Also if you go back in time, India was under British rule, most of the kids raised in palaces spoke in English.  My grandmother spoke to us in English and Hindi. 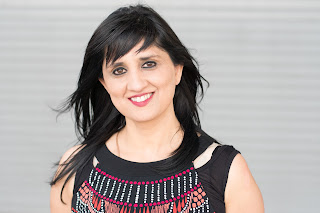 7.       We believe you used actual clothes from the era for the film. Tell us more about it.
We were trying to keep each real character as real.  For Maharaja Bhupinder Singh character, we got some clothes made.  There is a picture on our poster, and the outfit, Chandrachur Singh wears, is something we copied from actual pictures of Maharaja Bhupinder Singh, which can be found on internet. As for younger Yadvi, we used some Patiala cut salwar’s.  As we know that style also came from Patiala family. Most of those style and salwar’s were made for us, by our grandmother, Yadvi, herself. I play Princess Yadhuvansh Kumari, and most of the sari’s I wore, were hers, passed down by her to her daughters, which my mother, Mrinalini Kumari, handed it to us, her three daughters, Ketki, Gauri, and I.

8.       The film has made its mark across plenty of film festivals across the world. Do you believe international acclaim validates your talent as a filmmaker?
I am first time filmmaker.  I believe in any film it is not one person but the whole team.  If you are able to make a film, from preproduction, go through the shoot, post production and release, regardless of the result, I believe you have proved yourself.  Whereas validation of talent, I believe, beauty is in the eye of the beholder. Let the viewer be the judge. But yes, I am proud of the work. It is not easy, and I can say that coming from no background of filmmaking.

9.       You are based out of New York. Any plans of releasing Yadvi in the US?
Yes, I am based out of New York.  I do plan to release it in the US.  Still not fully decided, but again it will be small scale.  American’s who have watched it in USA have actually loved the film.  Responses and feedback have been amazing. A lady recently came and watched the film in festival in NY said, “Don’t give up, you must show it to as many people as you can, it is definitely worth it.”

By Alka Swami February 12, 2018
·           Five new luxury watches  - Alpine Neo, Vector,  Crusader, Aquatica and Latitude launched in India under Chairos brand ·           Price range of the new collection is from Rs 62,000 to Rs 1,00,000 New Delhi, February 12  2018 :   Leading Asian direct selling company QNet has launched five new models under its luxury watch brand - Chairos. The Chairos brand is QNet’s proprietary range of luxury and sports watches exclusively for India. The new Chairos watches have been designed to combine form and functionality with timeless elegance and style. Commenting on the launch of the new range of watches, Trevor Kuna, Global CEO of QNet said, “Men typically don’t have many options for accessories to splurge on and watches have been known to convey a subtle message about the wearer’s personality. India is a fast growing global economy and more men are turning to active lifestyles, travel and exploring new experiences. Chairos is our flagship brand in India and we want
68 comments
Read more

By Alka Swami September 17, 2016
Mumbai, 16 th  September 2016: A team comprising four students, two each from Manipal Institute of Technology (MIT) and Kasturba Medical College (KMC), won the first prize in Hackabout 2016 and a cash award of Rs one lakh in the competition to design and prototype a solution to identified medical problems. The competition was organized by Philips and Manipal University for students of KMC and MIT. The runners-up were a team of four from MIT. They walked away with a purse of Rs 75,000.  The prize distribution function was held at the MIT Library Auditorium on Monday. The winning team comprised Shikhar Srivastava and Reuben John of MIT and Sidharth R and Siddharth Pratap Nene of KMC. The team worked on the theme, “Evaluation of Causative Factors for amlodipine induced pedal edema”.  The runners-up team consisted of; Abhishek Karan, Elvis Louis D’Souza, Shreyas Hebbar, Malvika Sandhu and Raghav Chawla. Their theme was, “Role of metabolic obesity and BMI in patients with coronary art
2 comments
Read more