Posted by Alka Swami on October 29, 2017
At the grand finale, gamers experience the best from Taiwan—the world’s ultimate gaming destination

October 28, Mumbai: Gamers from across the country gathered in the city to lock horns at India’s biggest gaming championship–Taiwan Excellence Gaming Cup, which is organized by Bureau of Foreign Trade, Ministry of Economic Affairs, and implemented by Taiwan External Trade Development Council (TAITRA).

The grand finale of the fourth Taiwan Excellence Gaming Cup, fondly referred to as TEGC, concluded at Infinity Mall in Mumbai amidst huge fanfare on Saturday. Top finalists from across India battled it out for the most revered and coveted cup in gaming. 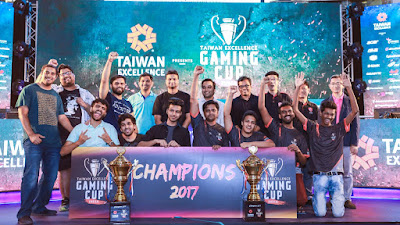 What makes TEGC different is that it comes from Taiwan, the world’s ultimate gaming destination. Like previous years, the biggest attraction this year featured some of the best gaming technology and gear during the finale celebrations from internationally-recognized gaming brands in the world, including Acer, Adata, Asus, AverMedia, BenQ, CoolerMaster, CyberPower, D-link, FSP, Gigabyte, InWin, MSI, Optoma, Thermaltake and Transcend. Taiwan – the Mecca of gaming – is home to these uber cool brands that are synonymous with advanced gaming technology. TEGC also offers participants what no other gaming event could ever offer: the opportunity to experience cutting-edge technology first-hand, exposure to the best level of competitive gaming, and the golden chance to participate in other gaming championships.

A class apart, each participant mentioned that no other competition could match TEGC because it gave players an experience of a lifetime. It gave them a chance to play with the best of the best and ace the finale rounds using some of the world’s most advanced gaming equipment. 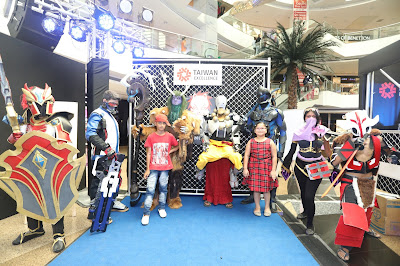 Even before the eliminations for the cup started, TEGC had already reached out to people across India with the #TEGamingRig. This gaming vehicle cruised its way into people’s hearts and minds, touring 50 locations in India and covering nearly the entire western and northern regions before returning to Mumbai. The #TEGamingRig journeyed for a 100 days promoting and showcasing radical gaming products – from gaming gear, peripherals, software to other components –made by renowned Taiwanese brands to the public.

The elimination rounds for the pan India championship got off to a great start in Chennai on September 1 followed by an impressive line-up of five more cities including Mumbai, Bangalore, Kolkata, Hyderabad and Delhi. The fourth season of TEGC offered a more versatile collection of games such as DOTA 2 and Counterstrike GO, along with Street Fighter 5, Rocket League and FIFA 17. The event garnered a huge response from gaming enthusiasts with over 2800 people  taking part nationwide.

Speaking at the event, Mr. Mario Tasi, Deputy Director of Strategic Marketing Department  said, “The popularity of TEGC is only growing each year and we are extremely proud that we are able to bring to India some of Taiwan’s best gaming experiences. TEGC gives passionate gamers the chance to experience some great gaming, technology and the chance to win big money and participate in other international gaming championships. We hope that we keep receiving this love from gamers across India.” 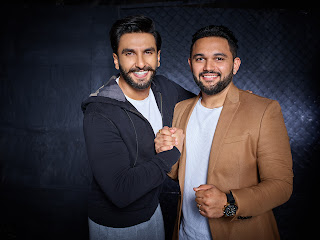