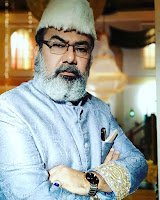 Suneel Pushkarna a selfmade name that outshone everyone else in the theatre industry in his city of birth Gorakhpur. He began his career in 1984, in a small town of Uttar Pradesh and embarked his name in the bookg of theatrical society in Gorakhpur. He performed various outstanding dramas in Deen Dayal Upadhyay University, Gorakhpur some of which are Andha Yug and Katha Ek Kans Ki. 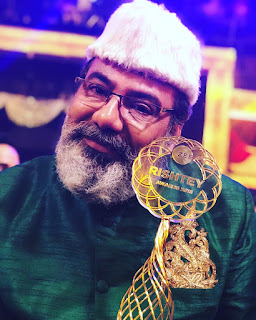 After completing his Master’s in Economics he moved to Lucknow to be a part of the theatrical society there, with the influence of his seniors and mentors he nurtured himself as a full grown actor there and staged as a lead in various theatre dramas like, Jis Lahore Nahi Vekhya, Baabuji, Changes Khan, Hamlet. After establishing himself in Lucknow and getting a diploma in theatre arts he moved to the capital city of India, Delhi.

After reaching Delhi he got roles in Short Films in Doordarshan that were aired then like, Nazare Darmiyan hai, Chhoti Si Bhool, Aankhen and Dambh. He also did more than 7000 shows for All India Radio. Due to his enthralling voice he won the award of best Voice Over from Aakashvani twice. After these achievements he was still hungry for more and moved to P7 News as Crime Anchor and Producer for 5 years.

Yet his desires were not quenched so in search for more he moved to Mumbai in 2015. Due to his remarkable performances in the past it did not take much time for him to settle in. He soon got roles in Daily Soap operas like Ek Vivah Aisa Bhi where he played the role of Tauji aired on &TV, Sankatmochan Hanuman as Maayasur on Sony, Chandrasekhar as Kishan Singh on Star Bharat, Battle of Saragadhi as father of Ishar Singh on Discovery Jeet, Majha Navrachi Bayko as Mr. Kapoor in Zee Marathi and currently on air show Ishq Subhan Allah as Quazi Irfan Siddiqui on Zee TV for which he won award of favourite father at Zee Rishtey Awards.