Posted by Alka Swami on October 04, 2019
THE 5-TRACK EP DROPS JUST A COUPLE OF WEEKS AHEAD OF HER MAIDEN INDIA VISIT 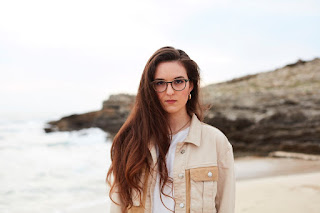 2019 has so far been a stellar year for Veronica – she’s dropped two gorgeous  singles ‘Lie To Me’ & ‘Rollercoaster’, earned a slot at Glastonbury 2019 and then a dream call to open for the legendary Mark Knopfler at the `Festival De Nîmes’ in France.  She’s also toured the world playing stages in North America, Canada, UK and Europe. She is now set to hit our shores later this month in support of the new EP, to which an elated Veronica says “playing in India will be a dream come true! I just can’t wait to get there and soak it all in – the culture, the food, the music….everything! “.
A sense of transience, and the transience of feelings – these are the themes that link together the five songs of ‘SUNKISSED’. 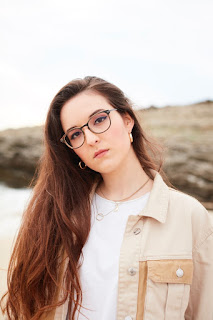 While ‘Lie to Me’ describes an hour of timeless happiness with lyrics like “It‘s cold outside, the world is full of lies. Why don’t you stay a little longer, have another drink?...”, ‘Rollercoaster’ celebrates the joys of a topsy-turvy love affair in the rhythm of early Motown. ‘Run My Mind’ is a musical car journey through the North American prairies, accompanied by a delicious whiff of fear that an affection towards the driver might yet grow into something much too much. ‘Hello Old Friend’ tells the story of a reunion where the courage cannot be mustered to turn thoughts into deeds. ‘All I Ever Wanted’ once again is about a past love and the revelation that certain words can only be said in music.

“The 5 track EP is like a small book. The songs are all connected but they don’t tell a story with a beginning and an end. They’re designed more to conjure up a mood. I want to hold on to the sunny moments with all my power because I know that each summer evening could be the last before the weather turns cold again”, says Veronica Fusaro.
Whilst ‘Lie to Me’ was recorded with producer Jamie Ellis, for the remaining four songs Veronica Fusaro installed herself in the London studio of Paul O’Duffy. In his early days, O’Duffy acted as an engineer on some Marvin Gaye sessions. Later on he produced albums by Swing Out Sister, Was (Not Was), Amy Winehouse and many others. Together they gave the songs Veronica had brought over from her own studio in Switzerland their final polish. Sophisticated and soulful, the resulting sound may carry a hint of Dusty Springfield but the elegant melodies and the subtly dynamic rhythms reflect a nostalgia-free vision that is entirely Veronica’s own.

Says Sunil D’Sa, Founder, 9122 Records, “It’s been an incredible last few months working with Veronica and her music in India. Just two singles in, we are proud of where she’s at.  A new EP and her first INDIA visit! I’m confident that this is her first of many more, as she continues to rapidly build her fanbase out here. The new EP `Sunkissed’ is fabulous – it’s a ride through her emotions; honest and beautiful. I’m so thrilled to have her here in India this October in support of the EP where she’ll be playing songs off it, live to our audiences.”

SUNKISSED EP from Veronica Fusaro is available in India exclusively on 9122 Records across all streaming services.