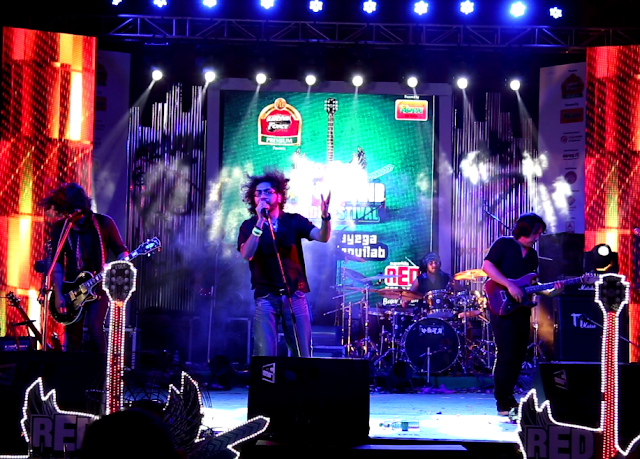 ~ With 20 enthralling music shows by budding and iconic bands over the last one month, RED FM Azaadi Festival culminates with the launch of  ‘Aaaj ke Zamane ke –Azaadi Superhits’ album during the grand finale ~


93.5 RED FM’s magnificent presentation to revolutionize the Bangla rock music—‘RED BANDSTAND Azaadi Festival’ culminated in a grand way. The musical evening at Salt Lake City Centre witnessed splendid performances of budding bands along with their mentors and the most celebrated bands of Kolkata— Chandrabindoo, Anupam Roy Band, Fossils and Cactus.

With its central theme ‘Azaadi’, the festival extended a platform to four new Independent and talented music bands in Kolkata Crossroads, Tamal & trip, Aporinoto and The Grooverz, who were chosen through an extensive 3 week audition level concert to create new music in the guidance of the top iconic bands and presented them with an opportunity to be the next upcoming new band of Kolkata. In this one-month long musical extravaganza, around 20 bands performances took place across the city.

Apart from engrossing performances by the mentor and the rookie bands, RED FM marked the occasion with the launch of a new album of their collaborated original compositions. In this album each mentor-challenger band duo has dished out their unique brand of sound and lyrics. While Chandrabindoo set their tunes to satire on an extremely catchy and fun song called ‘HEY BASHUNDHORA, TUMI DHANO DHANYE MISTAKE E BHORA’, Anupam Roy Band gifted a beautiful composition about the sweet paradoxes of modern India in their song ‘AMARI DESH’.

Fossils yearned for ‘EK NOTUN AZAADI’ while Cactus shifted to Hindi lyrics in ‘UDAAN’. The various songs ranged from latin, pop, alternative, to rock genres – something for everyone! If digital and on-air premiere is any indication, they are powerful superhits in the making! These new compositions reflect the expression of ‘Aaaj ke zamaane ki azaadi’ and will be aired by RED FM around the time of the Independence Day. 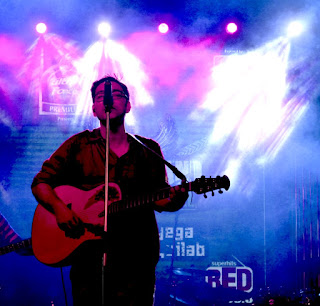 Commenting on the success of RED BANDSTAND Azadi Festival, Ms. Nisha Narayanan, COO, 93.5 RED FM said, “As Rock music is deep rooted within the culture of Kolkata, RED FM is proud to be presenting this opportunity and bringing the best talent of the Bangla rock music to the mainstream. It’s an immensely successful event with the topmost music bands in Kolkata associating with us.”

During the musical festival, members of Chandrabindoo, Anupam Roy Band, Fossils and Cactus mentored one new music band handpicked each weekend, post which each mentor-new band pair collaborated to create original compositions. The event aimed to bring Independent and upcoming musicians to the mainstream forefront and help bring fresh new music. This was the first time that a radio station has taken the lead in helping independent music bands win appreciation for their work. RED FM will also help the bands in showcasing their talent on its digital platforms like YouTube, Facebook, Instagram and Twitter to provide a wider reach and exposure.
About 93.5 RED FM: