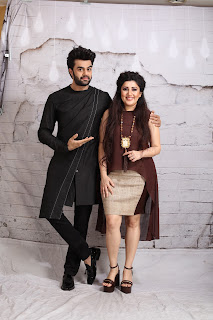 Ace designer showcased her collection made of Ahimsa Silk also known as Peace silk, which is a part of “Make in India” campaign by Prime Minister Narendra Modi. The entire concept of Ahimsa Silk is that it was created without killing a single silk worm.The collection was a fusion of Indian & contemporary silhouettes, where east meets the west. The embroideries are a mélange of rich Indian traditional gold zari thread, intellectual texturing techniques and Swarovski Sprinkles.

“26/11 terrorist attack was an unfortunate event that shook the World.  Global Peace Initiative is an attempt so that young citizens will understand the role and responsibility of building a peaceful and multicultural world. I am thankful to everyone who came and supported this global cause”, said Designer Archana Kochhar. “I feel it is an ideal platform to showcase Ahimsa Silk which is also knows asPeace Silk. The range is an amalgamation of Global Silhouettes with Ethnic embroideries and the colour flows into the new patterns of beige and ivory offset with rose gold embellishment”,she further added.