What's Up: The Wedding Song Of The Season Is Here!

Posted by Alka Swami on February 23, 2017
MUMBAI; 23rd February, 2017: The album of Phillauri has something for everyone. The makers have now released What's Up - a fun, Punjabi wedding song that brings together two worlds past and present and puts the friendly spirit Shashi played by Anushka Sharma right at the heart of this mad Punjabi wedding, making the situation even madder! 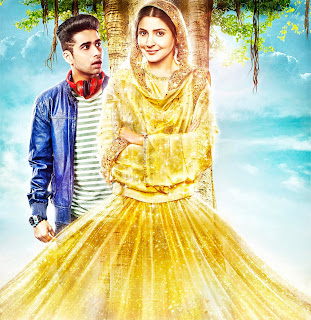 Hit singer Mika Singh is at his best in this track as he brings his energy and adds his signature style to make the high tempoWhat's Up - the quintessential wedding track of the season.

The high-energy song has been composed by Jasleen Royal, who has also sung the song along with Mika. This is one song that you DO NOT want to miss adding to your dance playlist. And to match the rhythm and beat, there's director, Anshai Lal's vision of showing visuals that capture the craziness and revelry of a fun Punjabi wedding.

Phillauri- with Anushka Sharma, Diljit Dosanjh in the lead and supported by Suraj Sharma and Mehreen Pirzada, is a fun, family entertainer that is being noticed for its extremely unique content where Anushka plays a friendly ghost from the past whose love story with Diljit unfolds in the backdrop of a present day Punjabi wedding. Audiences have got really curious as the film's trailer hints at Anushka and Diljit's unfulfilled romance from a by-gone era without giving any more detail about why Anushka in the trailer says she has some unfulfilled business to complete in present day Punjab.